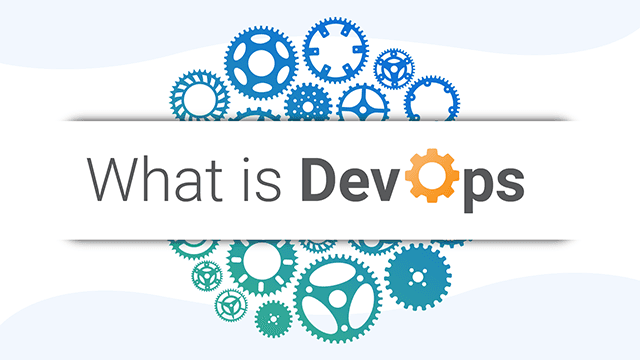 You definitely have heard something about DevOps even if you didn’t work in the IT industry. The term and technology itself have become very popular over the last decade. DevOps services are most demanded in the IT outsourcing market. So, what is it and why is it so popular? Today we’ll answer these questions.

At first, you should remember that DevOps is an approach to software development and practical implementation of Agile. So, now we will explain what is Agile.

Let’s have a small historical trip. Earlier, the process of software development used the Waterfall model. Yes, a little bit more terms but you’ll understand all of them pretty soon. The Waterfall is a set in the stone plan of the software development process. You can’t make changes while the project goes. On the one hand, you won’t get a lot of corrections from the customer, but on the other hand, you couldn’t make changes, even the market would need them.

Also, there was another problem. There are three main roles in the software development process:

They work in the cycle. The developer writes the code, gives it to QA engineer and to IT Operations. While the developer writes the application, QA engineer and IT Operations are just waiting – or working on some other tasks. The same situation with testing and deployment. When the specialists work on multiple tasks there is a risk to break the deadline for many projects. At the same time, such a mess in work is very unprofitable.

Nowadays the Waterfall model almost disappeared and Agile came to replace it. When IT society was totally tired of the situation with development, they created the Agile manifesto. This is a set of 12 principles of the flexible approach to software development and mutual respect in the team.

Agile cancels the continuous throwing responsibility for the project “over the wall”. It provides the idea of a strong cohesive team with a common goal. Such an idea makes the life of the whole development team much better.

But where is the DevOps?

We defined Waterfall and Agile and now we can move to the DevOps approach. In simple words, DevOps is the accomplishing of Agile manifesto in real life. DevOps works in two directions: automation of the routine process and building teamwork.

Teamwork is mutual respect and the ability to communicate with teammates. The more cohesive your team is, the more efficient your work is.

Concerning the automation, DevOps approach uses some principles and tools for making software development more efficient. The main idea is to write code in small batches, then test and deploy it to the staging and production immediately. Such an approach allows adaptation of the software to the market or customer’s corrections. Also, the releases are faster because you shouldn’t wait for each long cycle. Small code batches plus small cycles equal to frequent releases.

There are a few principles to make it real. Let’s see the basic ones.

Thus said, DevOps is an efficient methodology for software development including a lot of aspects and nuances. By the way, after the DevOps implementation, your development team will be very efficient and wouldn’t want to return to the previous models.